Working with ESL and Multilingual Writers: What To Do? 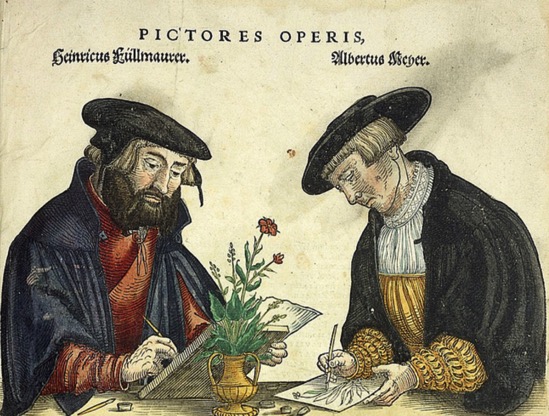 (Editor’s Note: This article was first prepared for use by the faculty and staff at Oberlin in March 2019 and posted to its Blackboard site.)

Colleagues often ask how they should approach the writing of multilingual students (also referred to as ESL, ELL or L2 writers). What kind of response is helpful? Should they mark errors, or focus on broader issues? In the following short guide, I draw from a wealth of research to highlight six best practices.

Six Tips for Responding to the work of Multi-lingual writers

When faculty look at any piece of student writing, we need to ask ourselves: Am I most concerned with correctness or with communication?

Correctness and communication are not polar opposites, of course; many parts of a text need to go well for it to communicate what a student is thinking. And certainly, in many situations, writers must be able to produce nearly error-free prose. But sometimes we get hung up on little errors that really don’t affect the overall communicative capacity of a piece.

Once you’ve determined your goals for the writing and thus the priorities for the piece, it’s useful to distinguish higher and lower order concerns.

Does the writing respond adequately to the assignment?

Is the writing in the appropriate genre, using the conventions expected?

Is the writing adequately organized, developed, and structured?

Are parts confusing or incomplete?

Lower order concerns – or local issues — are such things as:

Such a “ranking” of concerns can help you decide what to spend the most time on when you respond to student work. At the same time, if writers are going to learn from our feedback, it’s helpful if they know what matters most and thus what they should tackle first. If they are going to revise, for example, is it more important that all their apostrophes are correct or that they don’t have an arguable thesis? It doesn’t make sense for them to worry about sentence-level issues if the piece needs major revision, but if we spill a lot of ink marking up small errors, students may get the impression that those are the things that matter most.

Not only is it valuable for faculty to learn and use the language of higher- and lower-order concerns (HOCs and LOCs, for short) such terms can also develop students’ metacognition about their writing.

When addressing writing that has sentence-level issues, we need to decide how much the issues interfere in conveying meaning. Local issues don’t get in the way of sense-making, while global issues “have to do with the writing as a whole, its ability to communicate with a reader, and its overall effect” (Fitzgerald and Ianetta, 73). Sometimes errors at the sentence level are local, and sometimes they’re global/higher order.

For example, I would argue that the following sentence has a local issue:

She also referred to sources but not convincing enough.

The sentence doesn’t specify what wasn’t convincing – “she” or the sources, but given the context, most readers would probably be able to figure this out. Similarly, I would suggest that sentences like these have local issues:

I’d like to receive feedbacks on how to improve my writing in general.

Obviously, when the works were written, it was a different time period. They were back in a
time where the language barrier is much less of a problem.

The patterns that author uses made his argument deep and developed.

I would wager that, in their original context, these sentences are quite comprehensible. In the last sentence, most U.S. speakers of English would recognize that there’s an article missing before “author” (even if they can’t don’t know what to call that part of speech!). As for the verb “made,” it’s perfectly grammatical, but in the context of a paper about literature, it’s more conventional to speak about authors writing in the present tense, even if they wrote centuries ago. So that particular “error” is rhetorical and related to disciplinary conventions – something that teachers should discuss when initiating students into writing for their field.

But this sentence, from an essay in which writers are asked to reflect on the cultural meanings of their childhood play, seems to me to fall short of sense-making:

My childhood plays influenced me and it could mean my interest and concentration.

As does this one:

The reason is that because of the limited amount of syllable in hiragana, there are many
words that have the same pronunciation which are also written in the same say in
hiragana.

In cases like these, it might be helpful to talk with writers to see what they are trying to communicate. In fact, conversation is often the very best way to help writers clarify their ideas and sentences.

Of course, sometimes global and sentence-level issues are so deeply entwined that it’s challenging to separate them. And in those cases, talking with the writer can really help.

Given all of this, what can we reasonably expect from the writing of students who are just entering into our cultures of communication? Tony Silva, a scholar of English language learning, urges instructors this way:

Silva goes on to suggest that we tend to accept that people speak with a variety of accents. In the same way, “I think it’s just as fair to think that people will write with an accent. And usually, that accent will consist of missing articles or … wrong prepositions – things that really don’t make that much difference.” (These quotations come from Writing Across Borders, a video made for teachers that is worth checking out; you can find it in three parts on YouTube.)

It’s worth remembering that sometimes writers – whether they are multilingual writers or not — produce tangled prose because of cognitive overload. Research suggests that when writers encounter new ideas and approaches, their ability to express themselves in writing can suffer. Moreover, it can be challenging to write when you are afraid of making mistakes. Knowing that my colleagues might read this post, for example, makes me freeze up while writing, afraid to say anything at all! Because of these challenges, it’s important that instructors respond to student writing in ways that can enhance student learning. Best practices are to be constructive; isolate the issues in terms of global and local; and avoid overkill in terms of corrections.

We’re all busy – too busy. But I’d argue that 5 or 10 minutes of face-to-face conversation is more likely to foster deeper engagement and learning than 30 minutes of commenting on a student paper. A number of faculty have also experimented with audio feedback – a way of responding that allows you to verbally indicate priorities and talk through your ideas aloud in a way that’s often more comprehensible to students than notes in the margins of their papers. (See McMillin below).

The long and short of it is that learning how to write in the U.S. academic setting is challenging for most of our students – not just multilingual ones. They have to shift from high school writing to college writing in all its varieties. They need to shuttle from writing chemistry labs to writing math proofs to writing politics memos and literary analyses. And for students who were educated outside the US, these shifts can be particularly challenging. Many of them need not only to work in a second (or third or fourth) language: they have to adapt to the particular conventions of academic writing in the U.S., which tend to favor directness and explicitness, rely on a linear structure, focus around a central argument, and situate arguments in the context of previous knowledge, indicated through (widely varying) norms of reference and citation. It takes time to learn those things, and explicit instruction can help. As Vivian Zamel noted twenty years ago, many instructors are beginning to recognize

that the process of acquisition is slow-paced and continues to evolve with exposure, immersion, and involvement, [and] that learning is responsive to situations in which students are invited to participate in the construction of meaning and knowledge. They have come to realize that every discipline, indeed every classroom, may represent a distinct culture and thus needs to make it possible for those new to the context to practice it and approximate its ‘way with words.’” (517)

In the case of multilingual writers, I wonder if we don’t sometimes expect particular issues and then seize on them when our suspicions are confirmed. As the scholar Joseph Williams noted many years ago, people who look for errors tend to find them. To argue his point, Williams planted over 100 errors in “The Phenomenology of Error.” As it turned out, very few readers noticed these errors on their first reading because they extended to Williams and his published piece a certain authority.

Don’t get me wrong – I’m not saying that presentation or correctness don’t matter: when I’m reading Watson Fellowship applications, I expect a high degree of polish. And in my classes I strive to help students become more flexible, self-aware rhetors, able to cogently address the many situations they write and speak in. But I think it’s important to recognize that we only get really polished work through lots of revision, consultation, and editing.

I hope these few tips can help you both support and respond more effectively to our growing population of multilingual writers.

For those interested in a deeper look at the teaching of multilingual writers, the GLCA has just released a wonderful annotated bibliography (Teaching Writing to Multilingual International Students in a Small Liberal Arts Setting: An Annotated Bibliography, by Lynn Ishikawa, Tamara Stasik, Alexis Hart, Jennifer Franz, and Carla Reyes).

Everybody at Oberlin College and some other GLCA campuses have access to and can learn from the software Grammarly, the premium version of which is free for members of the college community.

Remember too that Writing Associates at Oberlin College – whether they work in a course, a department or the Writing Center – exist for just such face-to-face interaction.

I want to thank Brian Alegant, Laura Baudot, T.S. McMillin, Hayley Segall ’20 and Zach Taylor ’20 for their helpful feedback on this project. Any errors or issues, though, are all mine.

Zamel, Vivian. “Strangers in Academia: The Experience of Faculty and ESL Students Across the Curriculum” College Composition and Communication, Vol. 46, No. 4 (Dec., 1995), pp. 506-521