Where Does Democratic Engagement Fit on Your Syllabus? 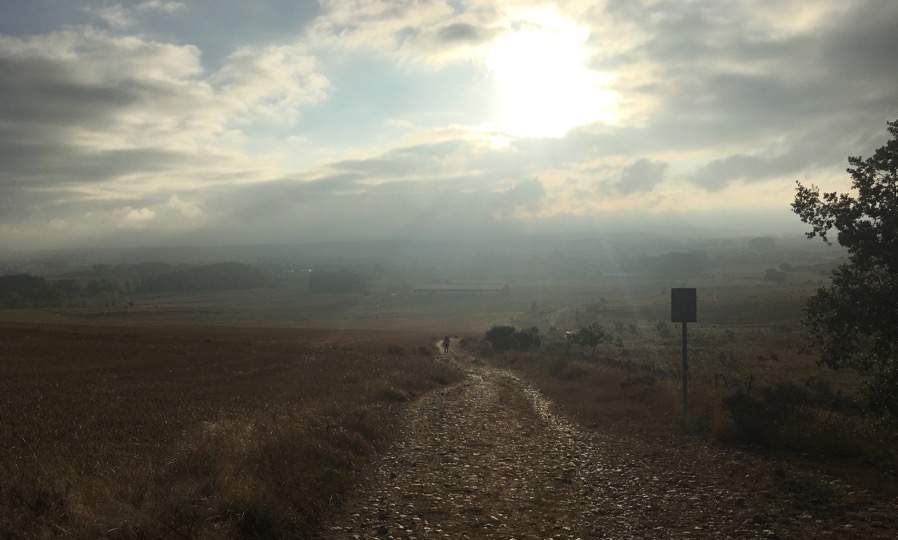 When I was teaching, there was a point during the summer – usually around the third week in July – when my thoughts would gradually drift from research and writing to focus, once again, on the classroom. The time had come to reread (or read!) the books and articles I had tentatively assigned for my fall classes, to think more seriously about how to design the courses I had hurriedly plotted out the previous spring, and to reflect once more on what I hoped the students would gain from the semester. The “content-transfer” portion of the syllabus was probably the easiest to manage; the more years of teaching I had under my belt, the better sense I had both of what content would be appropriate for each course, and what chunks of that content I wanted students to hold on to long after the semester ended. In other words, I had become comfortable with the process of backward planning.

But I found it harder to settle on the specific skills and dispositions I hoped students would acquire; not because I didn’t have these in mind, but because my list for each swelled year after year. The skills I hoped they would gain in writing ability and proficiency at historical analysis were soon augmented by a host of others: speaking and presentation skills, the ability to argue on the basis of evidence, information literacy, statistical competence, self-reflection, the ability to read images as well as texts on multiple levels. The dispositional outcomes I desired for my classes rapidly accumulated as well, and I struggled to make them measurable, not just aspirational, goals: empathy, resilience, risk-taking, perseverance, perspective taking, ethical and moral reasoning.

In the last few years, I have become increasingly concerned with how to foster the skills of, and a positive orientation toward, democratic engagement. This should not be a surprise, in light of the country’s extreme polarization and the intensification of repellent messages emanating from a White House determined to gain political advantage by fracturing the country on the basis of race and a “radical renegotiation of belonging.” But I am also concerned because of my apprehension that many students, incensed by these appeals to the darkest elements of the U.S. soul and lacking a clear sense of how to respond productively and forcefully to the goading challenges – after all, who among us knows how to respond? — may take their anger out on easy, if inappropriate or insignificant, targets. 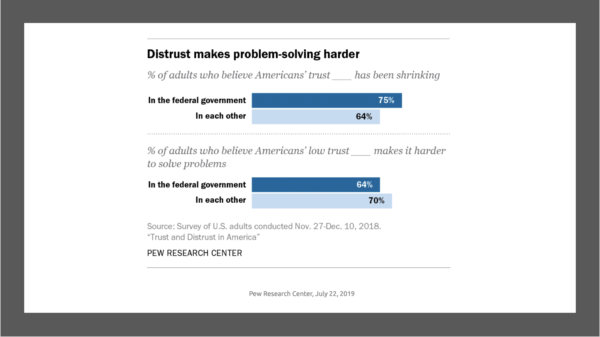 My growing concern for our responsibility as educators for the future of democracy in our country created the occasion for a wonderful lunch conversation out in Stanford with Mary Huber, Anne Colby, and Thomas Ehrlich. Mary is a true luminary in the world of higher education teaching and learning; Anne and Tom are two of the authors of a 2007 study, Educating for Democracy (Jossey-Bass), which explored 21 curricular and co-curricular programs designed to prepare undergraduates for “responsible political engagement.” In his foreword to the volume, Lee Shulman recounted the Talmudic story of the lamed vav, the 36 people but for whose righteousness God would have destroyed a deeply troubled world. A number of writers, including Jorge Luís Borges, have taken up the idea of the “Lamed Wufniks,” the few who, unbeknownst to themselves, save the world through their righteousness. They do not know each other, Borges writes in the Book of Imaginary Beings, and should they find out that they are one of the thirty-six, they die and are replaced by another. “Unawares, they are our saviors.” Shulman recasts the story by asking: “How many engaged and participating souls does it take to sustain a democracy? And who is responsible for ensuring that the level of engagement and commitment the society requires is attained?” For Shulman, as for the authors of Educating for Democracy, a good part of that responsibility is to be shouldered by educators.

U.S. political thinkers and philosophers from Jefferson and John Adams, to John Dewey and a host of contemporary writers, have explicitly pointed to an understanding that since democracy rests on “the opinion of the people” (Jefferson), “the education of the whole people” (Adams) becomes its necessary foundation. But, surely, that in itself is not enough. The fact that an increasing proportion of the world’s people are in school, and that college admissions have soared in the United States since World War II, must be judged against the current spread of authoritarianism and illiberalism here and abroad. After all, many of the world’s most authoritarian, illiberal, or “know-nothing” leaders hold degrees from distinguished universities: Vladimir Putin – Leningrad State University; Boris Johnson – Eton and Oxford; Xi Jinpeng –  Tsinghua University; Jair Bolsonaro – Brazil’s equivalent of West Point; Donald Trump…well, you get my drift. As we trace the relationship between education and democracy, we need to specify more precisely what we mean, since schooling, by itself, hasn’t deterred anti-democratic leaders from appealing to their supporters’ baser instincts.

Much can (and has) been written about this, but Andrew Delbanco’s observation in College: What It Was, Is, and Should Be (Princeton, 2012) is as good a starting point as any. “It should be obvious,” he writes, “that the best chance we have to maintain a functioning democracy is a citizenry that can tell the difference between demagoguery and responsible arguments” (29). Which returns me to Educating for Democracy, a book that examines how institutions of higher education can begin to foster the “skills of political deliberation” which enable students to recognize this difference – and do something about it. The study suggests approaches that colleges and universities can take to nurture the skills of democratic discernment, as well as a disposition towards democratic engagement in undergraduates. These, I would add, are useful approaches not just for students, but for all who work in higher education.

Here are a few of the skills they highlight. They call attention to the ability to:

* engage differences of opinion;
* see issues from multiple points of view;
* explore and evaluate competing claims;
* recognize and evaluate the implicit assumptions in their own and others’ arguments;
* offer and evaluate evidence;
* form judgments that are well reasoned and supported by arguments that conform to standards of rational discourse;
* find reliable information;
* use information to evaluate alternative positions;
* formulate and defend one’s own positions;
* evaluate, clearly articulate, and respond to others’ positions;
* listen actively and deeply;
* ensure that others understand and can accurately represent one’s viewpoints;
* know how to compromise without abandoning one’s convictions; and
* work toward consensus under conditions of mutual respect.

To these, I would add a few additional skills and attributes. Students who have developed democratic engagement skills will be able to:

* locate their claims, arguments, and ultimate positions within widely accepted moral standards and ethical frameworks;
* understand, through the experience of many significant classroom and campus interactions, that individuals will only create networks of mutual obligation if they recognize that “responsibility rests upon recognition, and recognition is a form of agreement” (Ralph Ellison, Invisible Man);
* establish the trust needed for risk taking and talking across differences;
* shut off the incessant clamor of social media in order to allow authentic dialogue to develop;
* create the rules they need to allow the above to happen in classrooms and other locations;
* understand the history that has shaped present conflicts and interactions.

Now comes the hard part: Raise your hand if you think the students at your college or university have most or many of these skills when they graduate? If you think your college or university has an actual plan – either in the curriculum, co-curriculum, or within its institutional structure – that maps out a clear sense of how these skills will be fostered in students?

And, if you are satisfied with your students’ skills in these areas, where do you think they were nurtured? 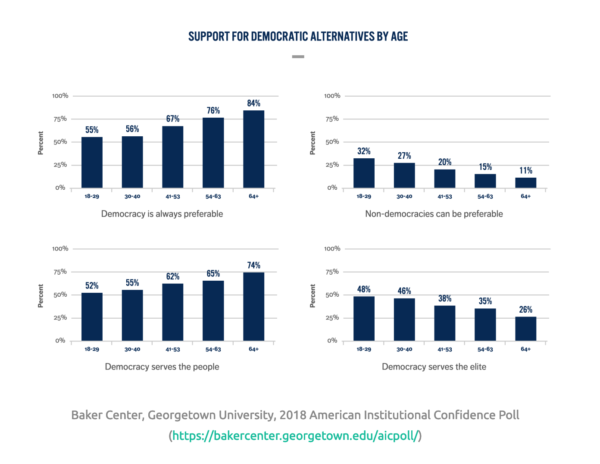 I know of many institutions interested in achieving these outcomes, but few that have developed comprehensive, curriculum-wide or co-curricular means of attaining them, including my own. So, as you further plan for your fall courses, here’s an appeal: Think about what you can do in your classes, no matter what subject area you teach, to generate skills of democratic engagement. How can you help students dialogue with each other, carefully listen to each other, establish rules that can contain discussion within the classroom and prevent it from drifting out to social media? How can you help them locate and challenge their own assumptions, or create an environment in which difficult questions can be raised? This goes for those who teach physics as well as government, mathematics as well as sociology. As Lee Shulman writes, “all teaching is potentially a pedagogy of political engagement, modeling the habits of mind and heart needed for effective democratic participation and leadership.” Where, at the end of the day, does democracy fit into your syllabus?