When College Was a Public Good 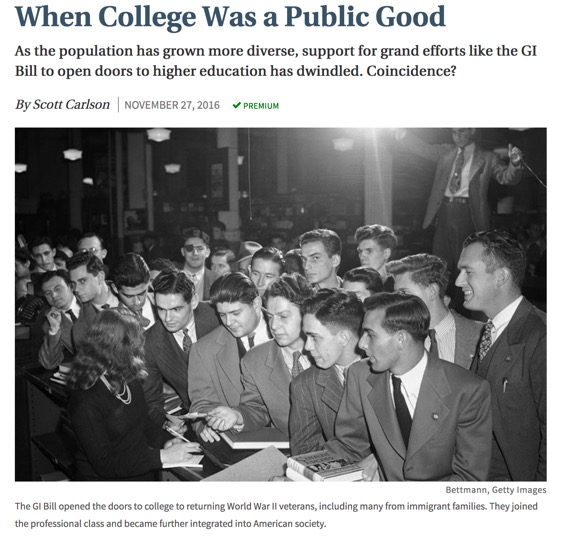 “When College was a Public Good A compelling article by Scott Carlson published in the Chronicle of Higher Education which argues that there is an important correlation between race and the public’s (i.e., state legislatures) support for higher education. Simply put, when the vast majority of college and university students were white, legislatures were quick to support higher ed (e.g. the GI Bill). But, that support has declined as the percentage of black, Hispanics, and other non-white students has declined. Obviously, other factors are involved, but this is an important relationship that is often overlooked.